I was in Oxford, England (as a guest of Oxford University Press, which provided travel and lodgings) for the 80th anniversary celebration of the Oxford English Dictionary. Now I’m in London for a few days’ vacation. 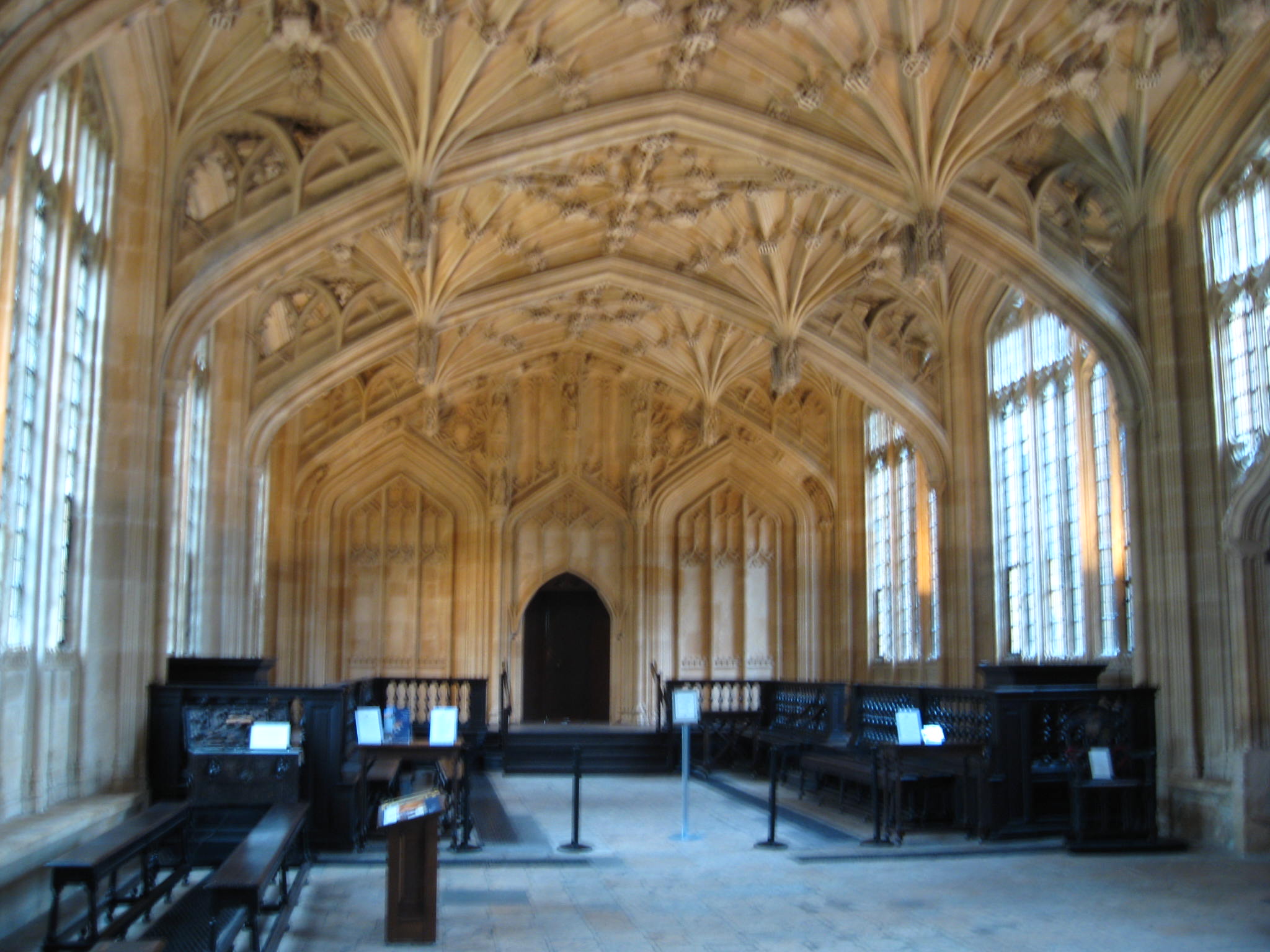 Hello from cloudy Hoxton, where the sun is setting, the air is damp, and the hallways of the hotel look, much to Max’s delight, like a Doctor Who set. (Don’t worry, Matt — the terrorists will not win.)

There’s more to say about Oxford and the OED, but the bus ride has left me feeling a little woozy. For the moment, here are some photos of the Bodleian Library’s Divinity School, where authors Simon Winchester and Ammon Shea, and OED Chief Editor John Simpson, spoke at a public event in Oxford last night to mark the OED anniversary.

The ceiling looks like the perfect marriage between Gothic architecture and Borges’ infinite library. (Virtual tour of sorts here.)

A sculpture of St. Peter used to guard the door, but he was decapitated by one of Cromwell’s men. 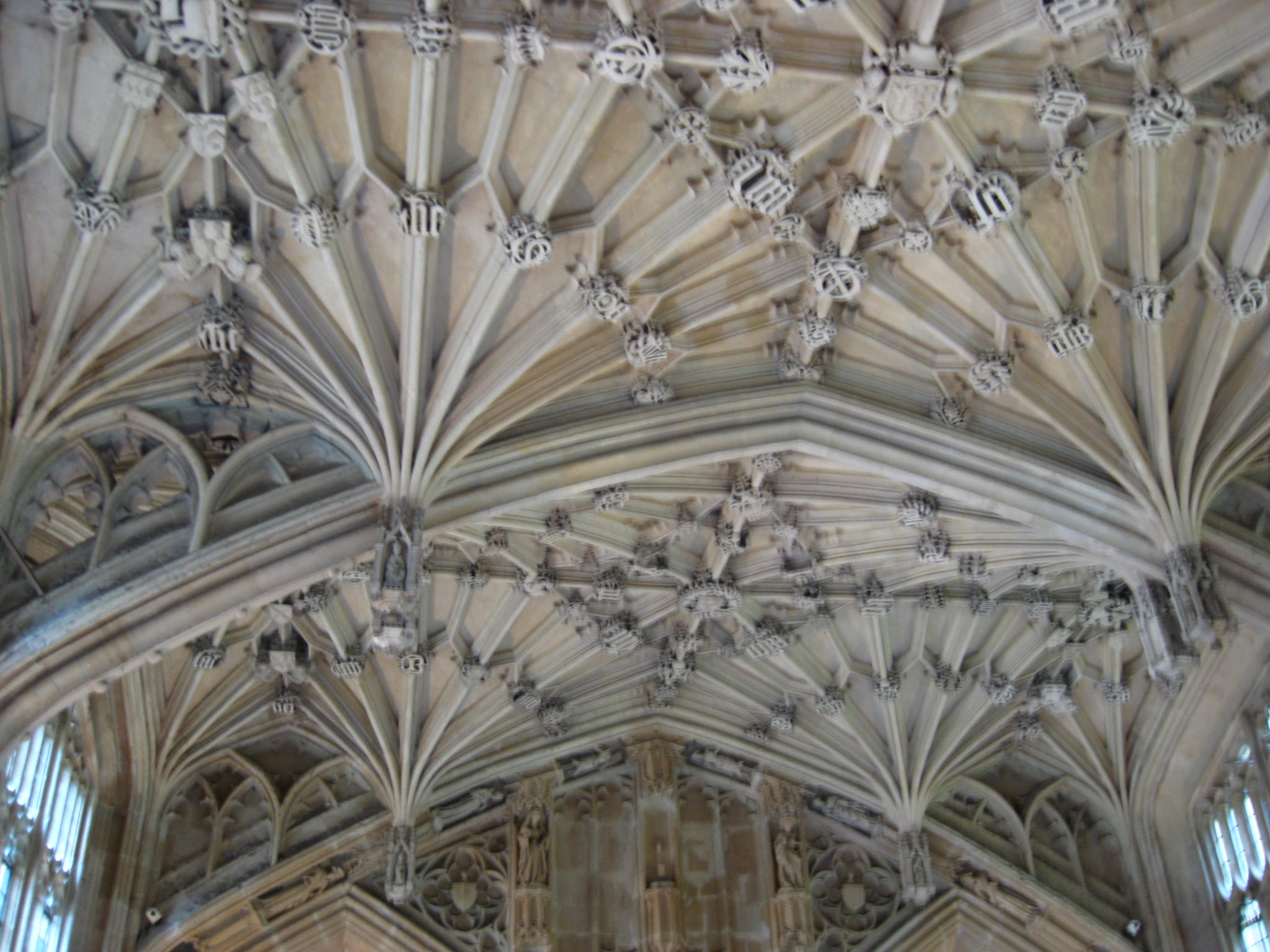 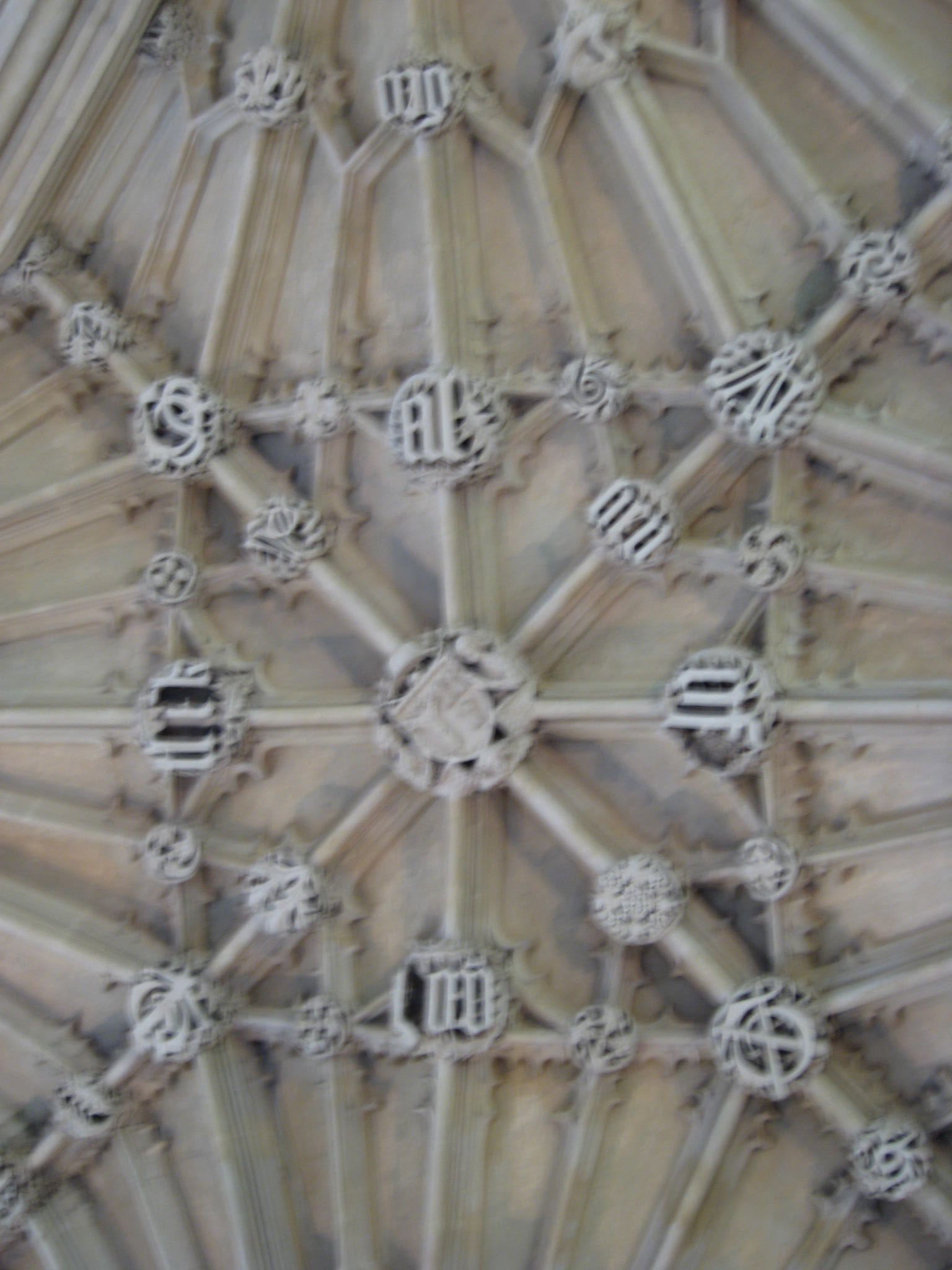 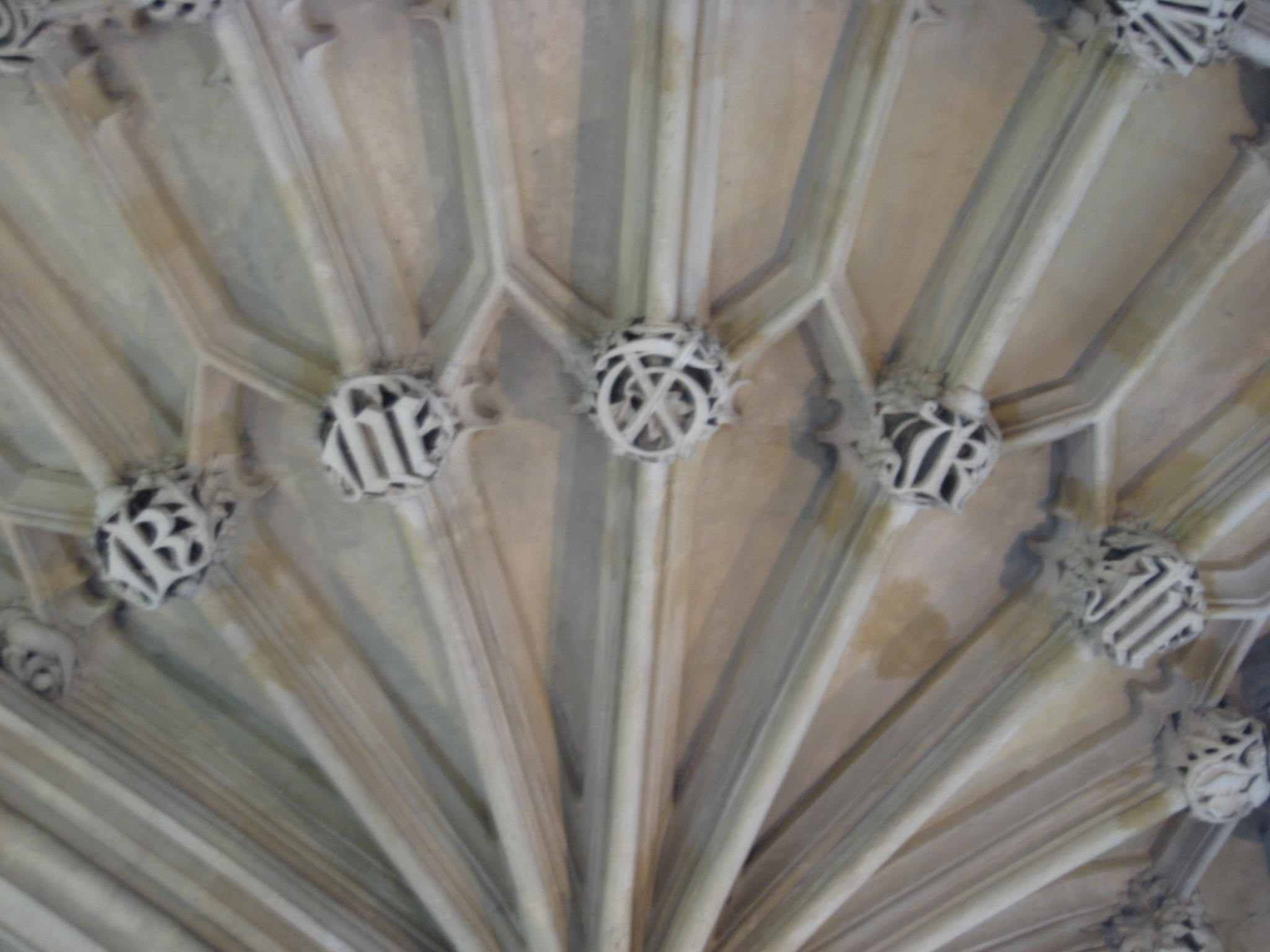